Steampunk is a subgenre of speculative fiction, usually set in an anachronistic Victorian or Edwardian setting. Steampunk works are often inspired by, or feature elements of science fiction, fantasy, horror, and historical fiction.

The term “steampunk” was first used in the late 1980s to describe a growing subgenre of science fiction and fantasy stories set in Victorian-era settings, or alternate histories where Victorian-style technology (such as steam engines) existed.
Over time, the definition of “steampunk” has become more inclusive, encompassing not only Victorian settings and technology, but also those from other historical periods (such as the Edwardian era) and even other genres (such as dieselpunk and clockpunk).

Today, steampunk is often used to describe anything that combines a vintage aesthetic with modern technology, whether it’s fashion, art, literature, music, film, or even video games. 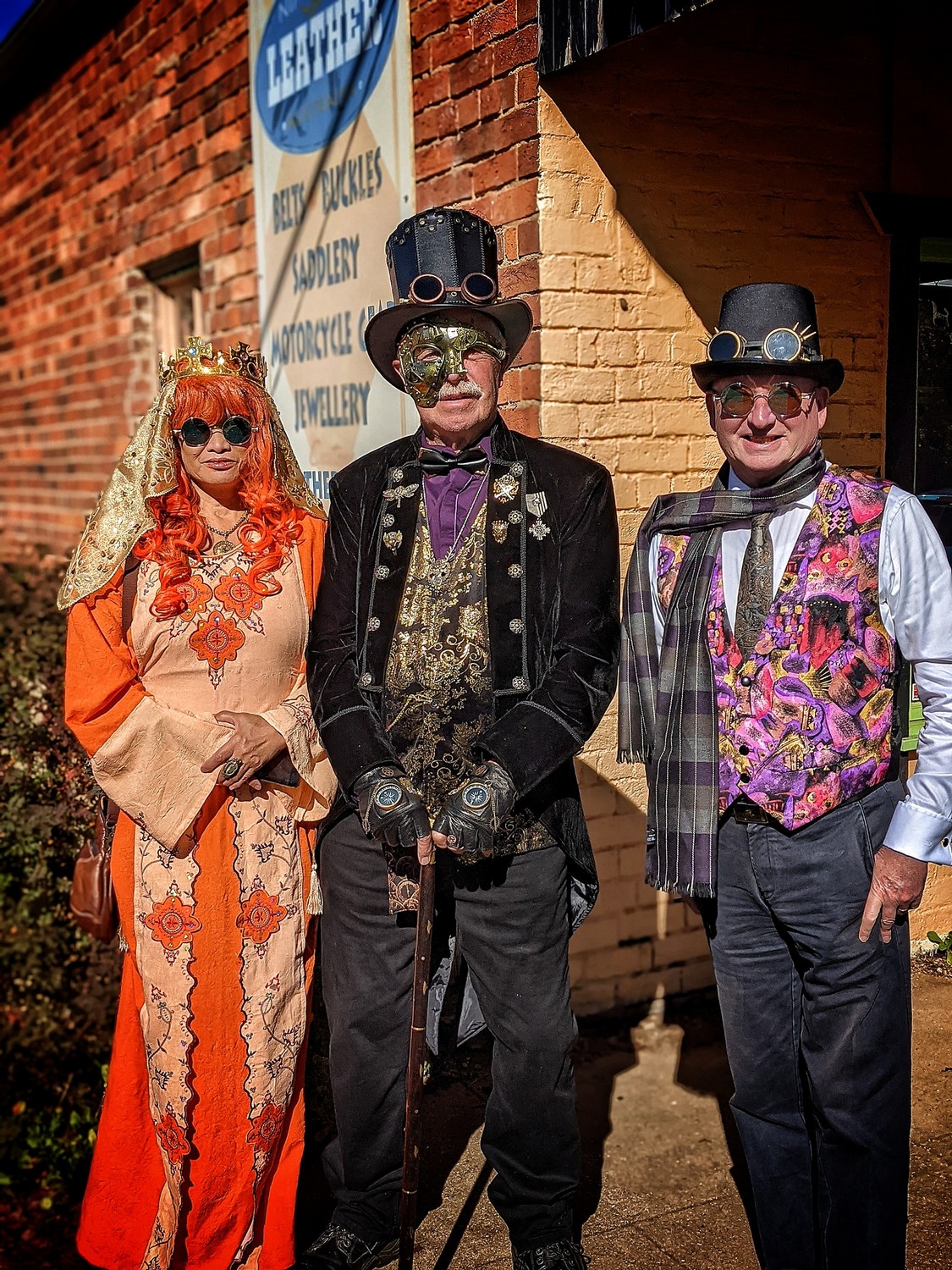 The Timeline of Steampunk

As far as we can tell, Steampunk has been around for almost 70 years.  Here is a quick historical list of how it all got started. 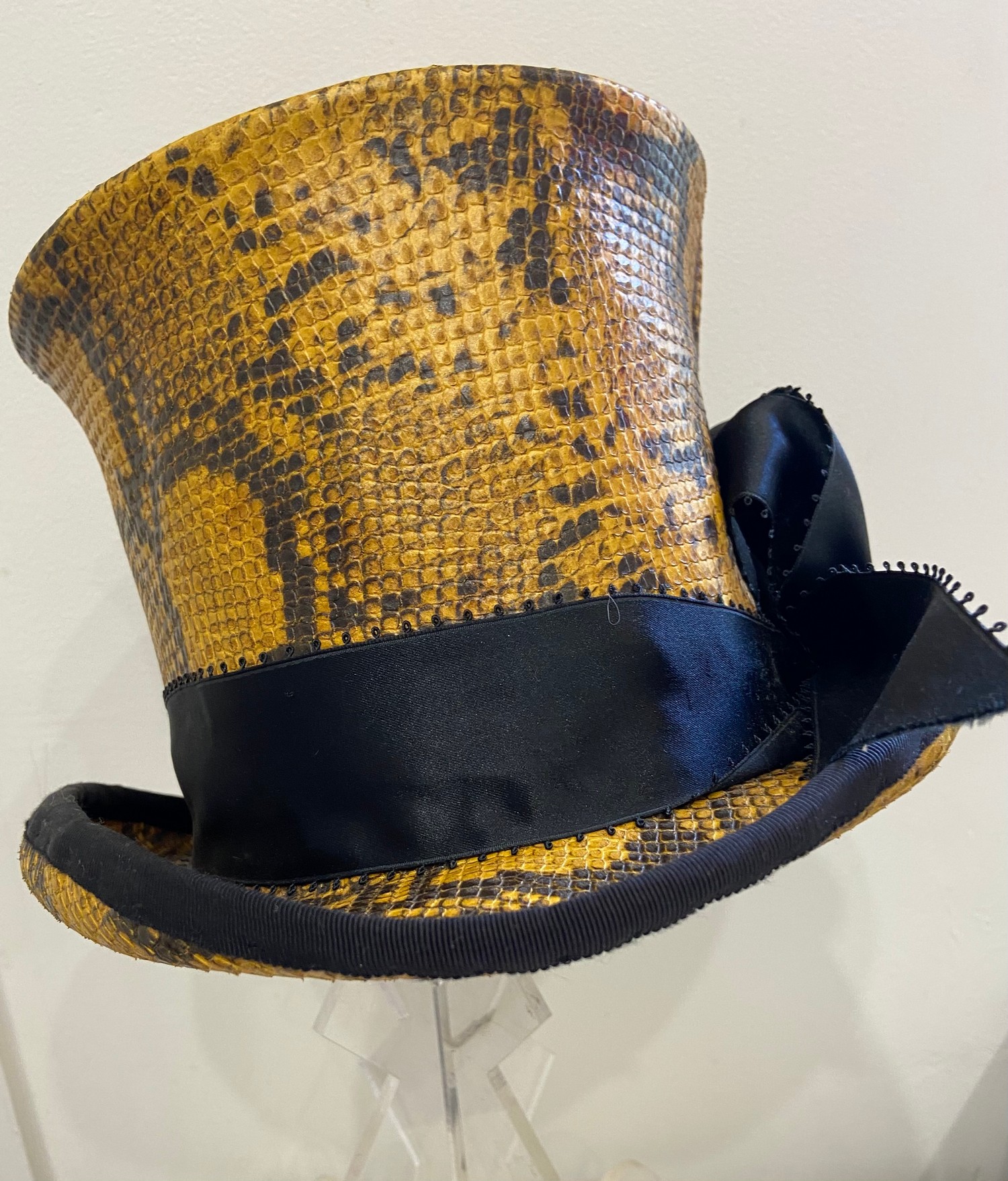 On December 23rd, Walt Disney’s 20,000 leagues under the sea was released in Theatres.  It is considered by most to be the original visualisation of steampunk in maintream as the submarine, “The Nautilus”, and the crews scuba equipment had the appearance of Neo-Victorian Sci-Fi.

Mervyn Peake’s novel, “Titus Alone” was published.  This novel is known as the first in the genre of Steampunk.

In April 1987, science fiction writer K.W. Jeter coined the term “Steampunk”, describing the genre of fiction that he and other writers using. It was supposedly an ironic variation of “Cyberpunk”

The worlds first Steampunk clothing company, Steampunk Couture, was founded. Since then the style has been used by high fashion brands such as Dolce & Gabbana, Versace and Christian Dior

Futuristic, yet retro at the same time, Steampunk is truly one-of-a-kind. The genre blends the aesthetic and technology of the 19th century with elements of science fiction. Its literary and audiovisual works take place in an alternate reality where technological progress is based not on electricity, but on the steam engine.

a World of Steam

Steam is a central element of steampunk. The technology featured in this universe is generally just as advanced as that of our modern world, but it uses steam as its energy source instead of electricity, gas or oil. As a result, steampunk technology takes on a retro look reminiscent of the Industrial Revolution era.

As Douglas Fetherling so aptly put it, “Steampunk is a genre that imagines how different the past might have been had the future come earlier.”

To explain how “punk” fits into steampunk, we’ll need to go back to the origins of the genre. The term “steampunk” first appeared in 1987, in a letter sent to Locus Magazine by American writer Kevin Jeter. The author jokingly used the word steampunk to describe the Victorian fiction he was writing with his acolytes Tim Powers and James Blaylock. The term “punk” was basically a parodic reference to “cyberpunk,” because the libertarian ideology of punk is much less pronounced in steampunk than in cyberpunk.

The term “steampunk” is still fairly obscure. However, the genre and its aesthetic have become familiar to the general public through various works.

First of all, some of the illustrious Jules Verne’s novels could almost be placed in the steampunk category. As a matter of fact, in 20,000 Leagues Under the Sea, the Nautilus is a futuristic submarine developed in a classical era (1867-1868). But since this classic of French literature was written in the 19th century, it is classified as a science fiction novel instead.

The Nautilus, the futuristic submersible imagined by Jules Verne, was more advanced than all other submarines at that time.

We could also mention The Wild Wild West. In the famous TV series, and its film adaptation, two secret agents travel the Far West in the 1870s using anachronistic inventions to fight their enemies.

The League of Extraordinary Gentlemen – A science-fiction universe with steam technology, steampunk weapons and Victorian fashion.Alan Moore’s comic book series The League of Extraordinary Gentlemen (which has been adapted by Hollywood) is another good example of the steampunk genre. The story takes place in an imaginary Victorian age and it features characters from the popular literature of the late 19th century (Dr. Jekyll and Mr. Hyde, Captain Nemo, the Invisible Man etc.), bringing them together in an elite unit to protect Victorian England from fantastic futuristic threats.

The Sherlock Holmes movies are another of the most well-known steampunk works. The movies follow the adventures of the famous detective in an alternate British Empire packed with mysticism and retro-futuristic gadgets.

Steampunk has also appeared multiple times in video games. Bio-shock Infinite (2013), for example, represents the genre perfectly. The game’s story takes place in 1912, in a floating, anachronistic city. Steampunk outfits, airship, dirigible, automaton, steam powered machinery… you name it, it’s all there! With its flawless execution and engrossing story line, Bio-shock Infinite leaves a lasting impression. It’s not only one of the best steampunk games, but also one of the best video games in general.